A chance to meet up with friends and have a chat - a general space with the freedom to talk about anything.
Post Reply
21 posts

Daughter is busy buying a second abode near her work - other side of the border in Scotland. So - two vases and a picture donated. I've promised her a donation to buy a new kettle for the new kitchen. No she doesn't want a cheap Argos model. Luckily she doesn't want this one at a mere £499.95 - thank heavens. 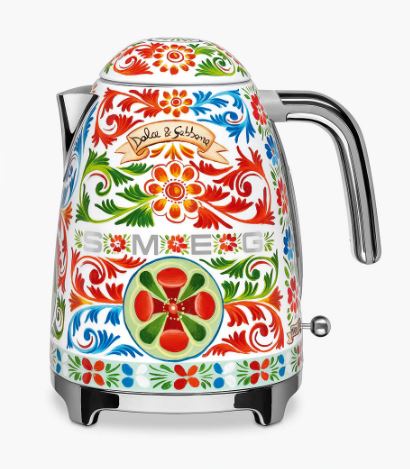 So - birthday present solved despite it not being till December. Couple of week's time when the house keys are in her hand I might just transfer some more cash and say well the kettle is for your birthday in December, now go buy yourself toaster or crockery for the new kitchen for Christmas. And no she won't be getting enough for Denby or Joseph Conrad unless someone else wants to donate as well.

That takes the weight out of the silly season as it's necessary spending. They are looking at second hand furniture - eBay, Facebook Marketplace, Gumtree and visits to a local British Heart Foundation outlet as well as IKEA. Cookery items, sheets and duvets will be about the only things bought new. Seems that there's cooker, washing machine fitted. Also a wardrobe. She says it's a shame they had a clear out of the cellar a couple of years back at the present home mind. Now where have we all heard this - wish I'd not thrown that out syndrome

Even worse is the "think I've thrown that out" syndrome.

I have a cheap food processor which is not very powerful and so not up to many tasks, but the thing will not die and I won't replace it until it does. I thought my chance had come when I wanted to grate a large amount of cheese (smaller amounts being done by hand) and couldn't find all the attachments (graters included). I thought I must have somehow chucked them out.

There was a small light glimmering at the end of the tunnel and I started eyeing which one I might replace it with (and yes the cheese got grated by hand with some bad language chucked in to make it go faster). About a fortnight later I was looking for something else in a kitchen dawer that houses things we rarely use. No points for guessing what was there. Hopes shattered.

Great that you've got Christmas pretty much sorted. OH and I don't usually do presents - we make take it as a time to buy something for the house that is out of our normal budget but not personal stuff. This year, however, I've given over my shop for a woodworking space for OH so I've suggested he make me something for Christmas, to get him in the swing of using it. He's getting a jumper and a scarf, made by me. The gal is vegan and I hate knitting with synthetic yarn so she may get something sewn. However, I do still have quite a stash of yarn so may have to give in and knit something - not sure what though.
Maggie

Ah yes - even worse than the I wish I'd not thrown that out is suddenly finding the thing that you thought you had thrown out.

I read that bit about what your OH is getting for Christmas without switching off from him making you something in the new wood working space. Can he do that?

I've got no idea but I fear it might be quite a sharp learning curve for him. Although I do have a weeble (I knew them as a "Kelly won't lie down" but I'm sure that's probably considered offensive these days) doorstop, which he made at school so it's not a completely unknown skill, just very rusty.

I've just had it drawn to my attention that John Lewis has stocked a matching toaster to go with the kettle above at a mere £599.95. The toaster is out of stock but there have been 2 sold and 3 kettles.

Some people just have more money than good taste.

GA - my old blender had to be retired after many years simply because the rubber seals had perished and replacements were no longer available. The carp available these days is terrible, plastic jugs with the blades built in (not removable for cleaning) ans all computerised gizmos that don't allow human intervention. On the bright side they are cheap(ish) so we can simply throw them away and buy a new one!
Don't let your vision cloud your sight
Top

My OH bought me one of the top of the range blenders for my birthday last year. I was over the moon - it has a really powerful motor and does damn near everything (except grate cheese of course

). But I was really upset on opening the box to discover it has a plastic jug! Very substantial, high quality plastic but not glass. It's not so long ago their jugs were glass - I've seen YouTube clips of them.
Maggie

I do hope your daughter is aware that all that synthetic stuff she wears ends up as micro plastics in the sea and ultimately in the food chain? Do we really want that? The lab where I work also looks at micro plastics - it's horrendous where you find it. Even in tap water. The only thing I wear that's not 100 % natural is underwear (nobody wants knickers that slip...), and socks. (Pure wool socks only seem to last about 2 wears.

Oh - and what's wrong with the kettle apart from the price? Pretty, isn't it???

We've had that conversation, ina and she is, slowly turning to natural fibres. That doesn't alter the problem of having bushels (I'm sure that's how you must measure large quanitities) of the nasty stuff.

Offloading it to the charity shop seems to be cheating somehow.

Yeah, I know... Anyway, it's there now, so you might as well use it. I'm sure you won't buy any more of it! I remember knitting all those acrylic jumpers when I was a teenager. Awful stuff. Always stank when you'd been out in it.
Ina
I'm a size 10, really; I wear a 20 for comfort. (Gina Yashere)
Top

Funny how our attitude to stuff changes as we live and learn, grow up or grow old. You lot are worried about knitting wool. I'm concerned that it days gone by I'd have been willing to find the money for that kettle.
Top

Well - I wouldn't even have been tempted to buy it - never had that kind of money! But if I had seen it for a tenner in a charity shop, I'm sure I would have grabbed it, just for fun.
Ina
I'm a size 10, really; I wear a 20 for comfort. (Gina Yashere)
Top
Post Reply
21 posts